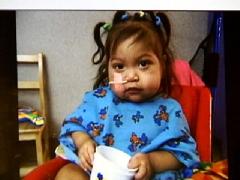 OMAHA, Neb. — The Nebraska Medical Center is investigating its staff after the Wednesday death of a toddler from Texas who was given an overdose of Heparin, a blood-thinning drug.

Everyone makes mistakes. I routinely check my take-out orders before leaving a restaurant and check my receipt for the sale price before leaving a store, much to my husband’s embarrassment. Recently, two mistakes at a local pharmacy made me thankful there are people like the Jerrys who fight for all of us.

RethinkingPatientSafety.com: Death Is Worse Than a Six Month Sentence

US Pharmacist: Criminalization of Medication Errors

Here is a sobering thought. A pharmacist makes a mistake. The error results in the death of a patient, and the pharmacist is charged with negligent homicide. He is found guilty of involuntary manslaughter and faces up to 5 years in prison and a maximum fine of $10,000. Of course, his pharmacist license is revoked and chances are he will never work in the profession again. His crime? He did not check the accuracy of calculations used by a pharmacy technician under his charge to compound the concentration of sodium chloride in a prescription for a cancer chemotherapy solution.