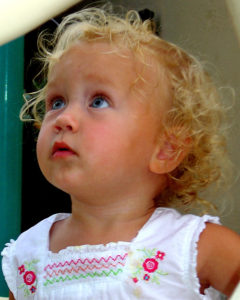 The Emily Jerry Foundation was honored to be represented by Christopher Jerry as part of the Pediatric Adverse Drug Event Panel discussion at the Patient Safety Movement Foundation (PSMF) on Feb. 4th during the 2017 Global Summit in California.  The preparation for this important event began at the beginning of December with the drafting of a comprehensive white paper, Actionable Patient Safety Solution (APPS). Click here to download the resulting Executive Summary Checklist associated with APPS.

Dr. Nathaniel M. Sims, friend and ally of EJF, headed up and organized this very important endeavor. Dr. Sims and Chris met in June 2013, when Chris gave a keynote session at the annual Association for the Advancement of Medical Instrumentation (AAMI) 2013 Conference and Expo entitled “Changing the Culture of Medicine-A Father’s Powerful Message”.  Dr. Sims asked Chris if he would be interested in participating in the Medication Errors Panel discussion at PSMF in 2014. The following is a short video that the PSMF produced, where Chris describes Emily’s story. The video was used to start the conversation. Additionally, you can also view the video of the entire Medication Errors Panel Discussion from 2014.

Three years later, flash forward to the Pediatric Adverse Drug Event Panel discussion this year, where the focus was put on saving the lives of the smallest and most vulnerable patients… babies and children. Due to the simple fact that their body weight is so variable, correctly determining the dosage and concentration for any medication is absolutely vital, and clinicians only have ONE opportunity to get it right or tragedies can occur—as in Emily Jerry’s case. Dr. Anne Lyren, Clinical Director of the SPS National Children’s Network, was the ideal moderator of this year’s panel discussion. Dr. Lyren played a vital role in establishing SPS’s Quality & Safety Program. At the beginning of this video, listen to Dr. Lyren’s opening remarks emphasizing how she truly feels about Emily’s legacy, and what we can all learn from what happened. It’s extremely powerful!

Here is a screen capture of the event during the panel discussion as we all discussed our roles in reducing medical errors and dramatically increasing patient safety. 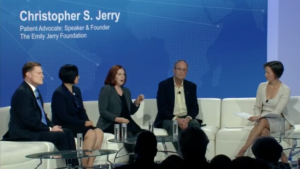